This is "Ben" a rescue dog of unknown background. His color is compatable with double merle on a sable (probably mahogany sable) background. He is deaf, and his eyes are blue but he has normal vision. It is difficult to be sure from a photograph, but there is a possibility that he is sable merle headed white with an additional gene for the mostly white face. This is suggested by the color covering both ears and by the generally dark color of the patches, but the snow background could account for the dark appearance of the patches. The white face gene does occur in Shelties, but is quite rare. 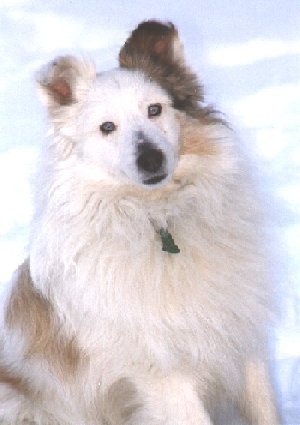 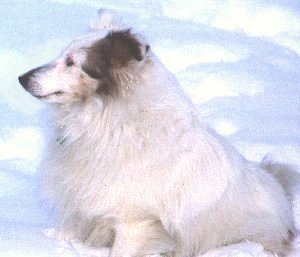 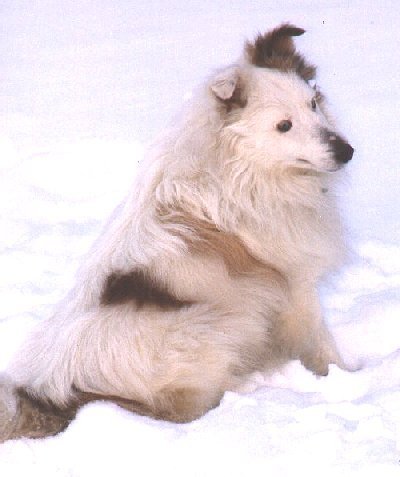